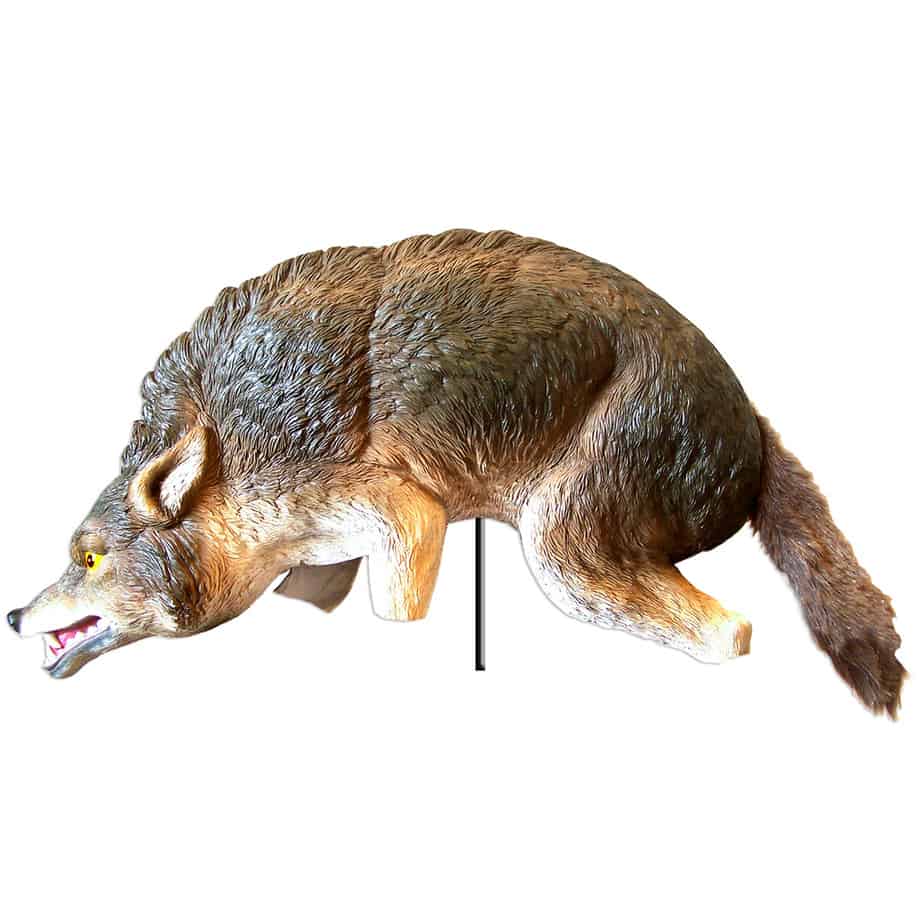 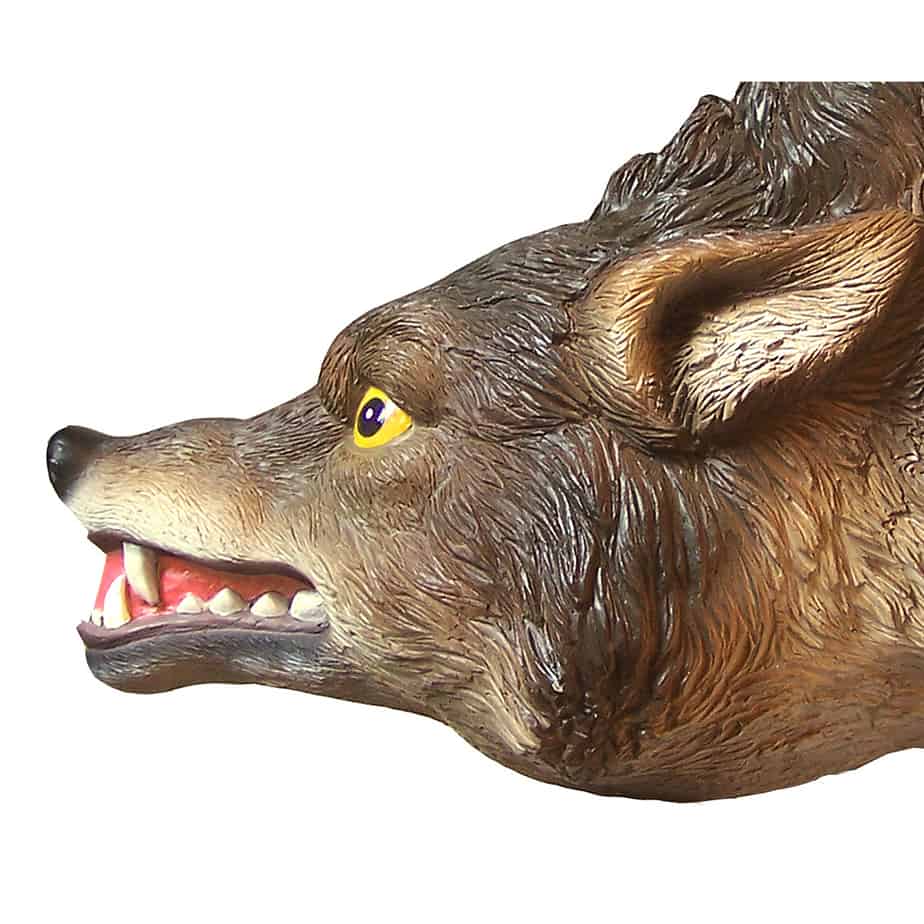 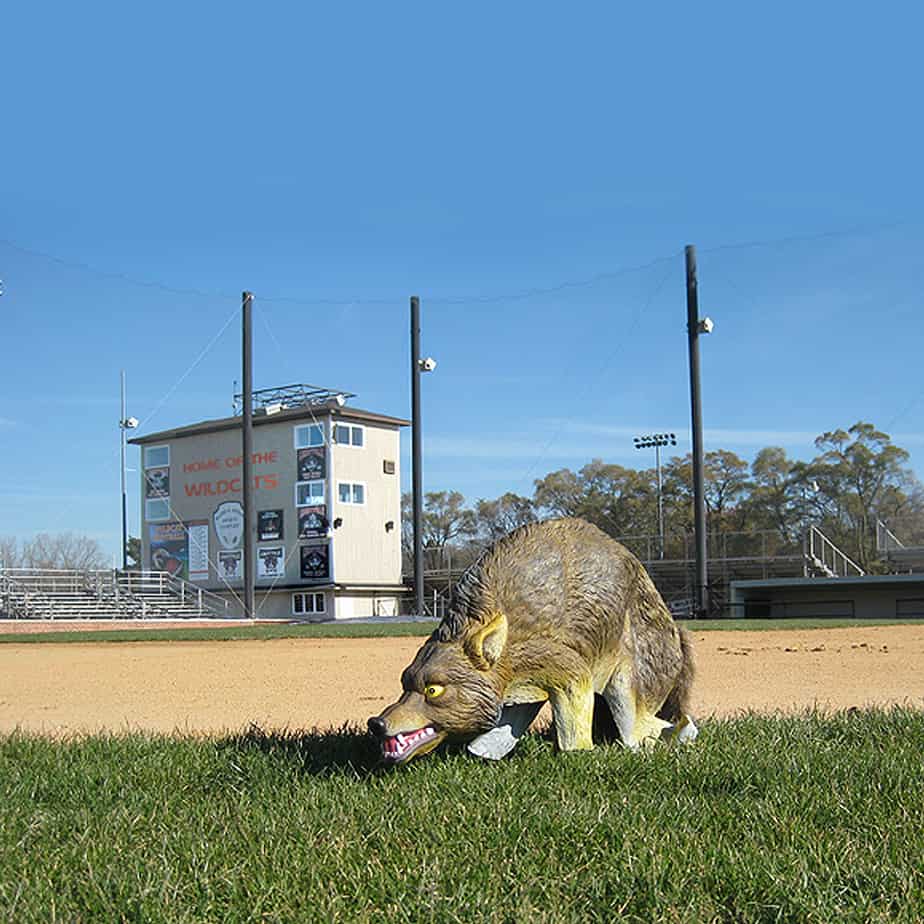 This menacing predator replica frightens geese, birds and other small pests away from open outdoor areas. The 3D structure makes the decoy visible from every angle, making it more effective than a traditional coyote silhouette cardboard cutout. Its lifelike presence is highlighted by its moving fur tail. It can also be effective at much longer ranges than sound machines, since bird vision is generally strong and can spot predators at great distances.

With realistic markings and a moving tail, birds and small pests are sure to flee when they see this 3D Coyote. The decoy’s tail moves in the wind making it appear lifelike to unwanted pest animals. Installs quickly and easily anywhere you can plant a stake. Relocate the unit regularly to increase effectiveness.

Effective wherever visible across up to one acre of land!

I’ve had good luck with this. I move it around frequently, and this keeps the geese from trusting it. Much easier to go out and move this around than constantly re spraying goose repellents.

I was skeptical at first because we’ve tried everything under the sun. We staked the 3D Coyote in a lidded plastic, rock-filled container. The coyote was set on our deck by the pool. I randomly moved it around. We have had less ducks in the yard and NOT ONE in the pool! They have sinced moved to our neighbor’s pool. We’ve tried everything in the past four seasons, with no luck. The Irri-Tape is also flapping around the pool’s edge and alas – no bird droppings either! Superb product. Worth every penny! Recommending to our neighborhood pool store manager.

I purchased the Coyote Replica to scare off the Canadian geese from our shoreline. It has been out there for about 2 weeks and not one goose has been on the shore. The other day I saw the geese stay on the other side of the river looking over to see if the coyote was still there. I try to change positions every other day. For the price, this has been a good investment.

The 3D Coyote Replica does the job. We call him Mr. Coyote and my husband moves it around every couple of days to keep the geese convinced he is real. The geese start to land then they see Mr. Coyote and next thing you know, they are honking away and flying madly back up and away from our lawn. Success! It is also great for entertainment purposes. People driving by our house stop, backup and stare and point at Mr. Coyote. They seem to think he is real at first too!

Last winter, for the first time, we experienced a visit from a local flock of Canadian geese in our back yard. I ordered the 3D Coyote and it arrived within 4 days. I put it on display for the geese immediately and they abandoned our yard and stayed away for the rest of the winter. This winter, a couple weeks ago, they were back and I placed the coyote on the same spot the geese selected to hang out in our yard. Shortly after displaying the coyote the geese slowly departed over a period of one hour. They have not been back since. I make it a point to move the coyote every couple days a few feet in different directions, but keep it in the same general area. It works very efficiently for us, but now I’ve noticed the geese congregating in a neighbor’s yard about 1/4 mile away. He’s considering getting one too.

I was skeptical at first because we’ve tried everything under the sun. We staked the 3D-Coyote in a lidded plastic, rock-filled container. The coyote was set on our deck by the pool. I randomly moved it around. We haven’t had ONE duck in our YARD but less in the pool. Sorry to say . . . they have since moved to our neighbor’s pool. We’ve tried everything for the past four seasons with no luck. The Irri-Tape is flapping around the pool’s edge and alas – no bird dropping either! Superb product. Worth every penny! Recommending to our neighborhood pool store manager.

I live on a small pond and while I do like some birds, they tend to return to the same area, year after year, with more and more friends. Eventually it gets to the point where something has to be done. I definitely wouldn’t want to do anything to hurt the birds but I wanted something that worked so I got this decoy. I am really surprised by how well it works because I’ve used other, similar, things like plastic owls and rubber snakes which the birds seem totally unaffected by. I think the difference is that this has a tail that is furry and when the wind blows, it moves. That seems to really convince the birds that it’s real and they don’t want to make a home there. I’m so glad I got this before spring, when the birds would ordinarily nest here and the babies would get imprinted with the location. I’ve been told that these types of visuals work even better when combined with other approaches like sound machines or sprays that taste bad so I might look into those if I ever notice that the decoy’s effect on birds is waning but so far it is working great!

Effective wherever visible, across up to one acre of land. 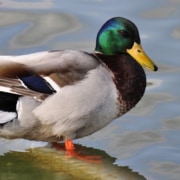 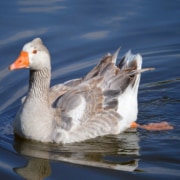 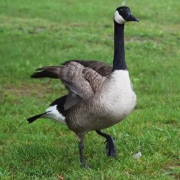 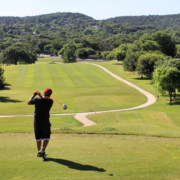 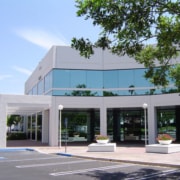 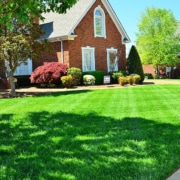 LEARN MORE ABOUT PESTS AND LOCATIONS FOR THIS PRODUCT

WARNING: This product can expose you to chemicals including DEHP, which is known to the State of California to cause cancer and birth defects or other reproductive harm. For more information go to www.P65Warnings.ca.gov