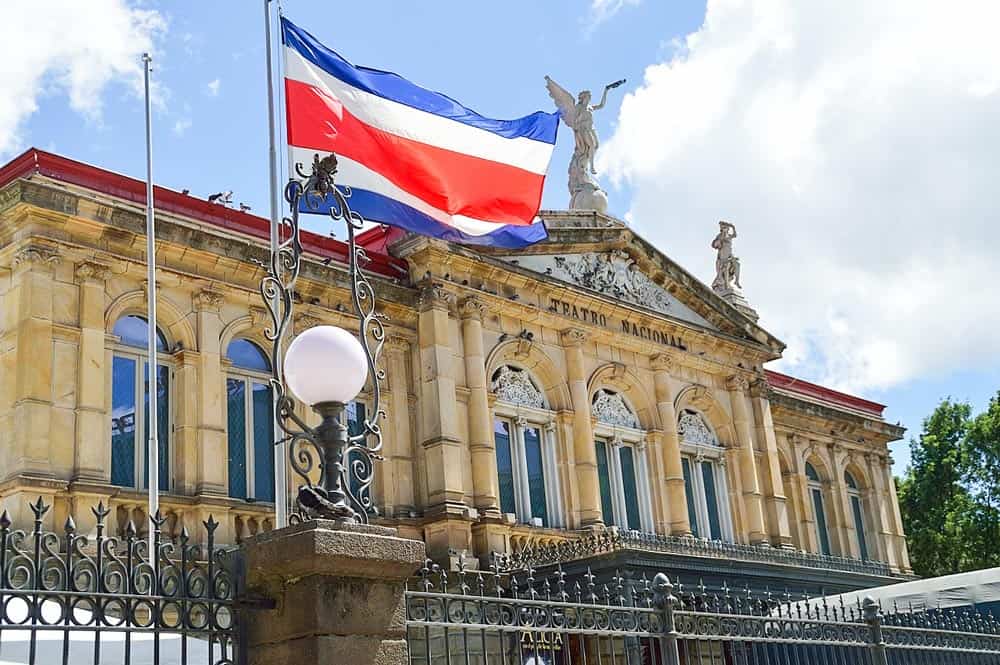 Bird-X Products “Show” Up at National Theatre of Costa Rica

As a company that’s been in business for over 50 years, being a part of history has been the norm. But this time, Bird-X helped preserve history at the National Theatre of Costa Rica.

In April, Fuera Aves PRO, part of the JAMUVI Group of companies, installed 300 meters of Bird-X’s bird shock track system, Avishock™, on the theatre’s rooftop ledges to stop birds from landing and defecating on the beautiful architectural structure.

Avishock™ bird shock track systems are a minimalist, low-profile, and nearly invisible solution to prevent pest birds from landing, roosting, or nesting on building ledges and surfaces. Delivering a startling, yet harmless, electric shock upon contact, these systems provide a humane pest control solution, while maintaining a property’s aesthetics.

According to Javier Muñoz V, JAMUVI Group CEO, the pest control company reached out to the theatre regarding a bird control solution. It’s only been in recent months that the amount of bird droppings became an unbearable eyesore for the popular tourist attraction. 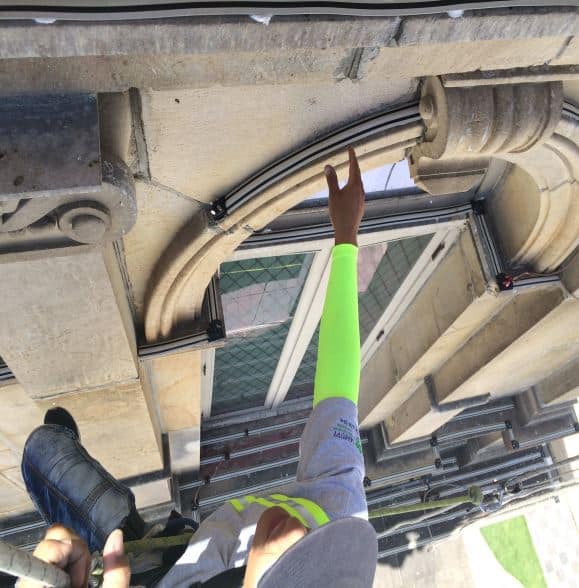 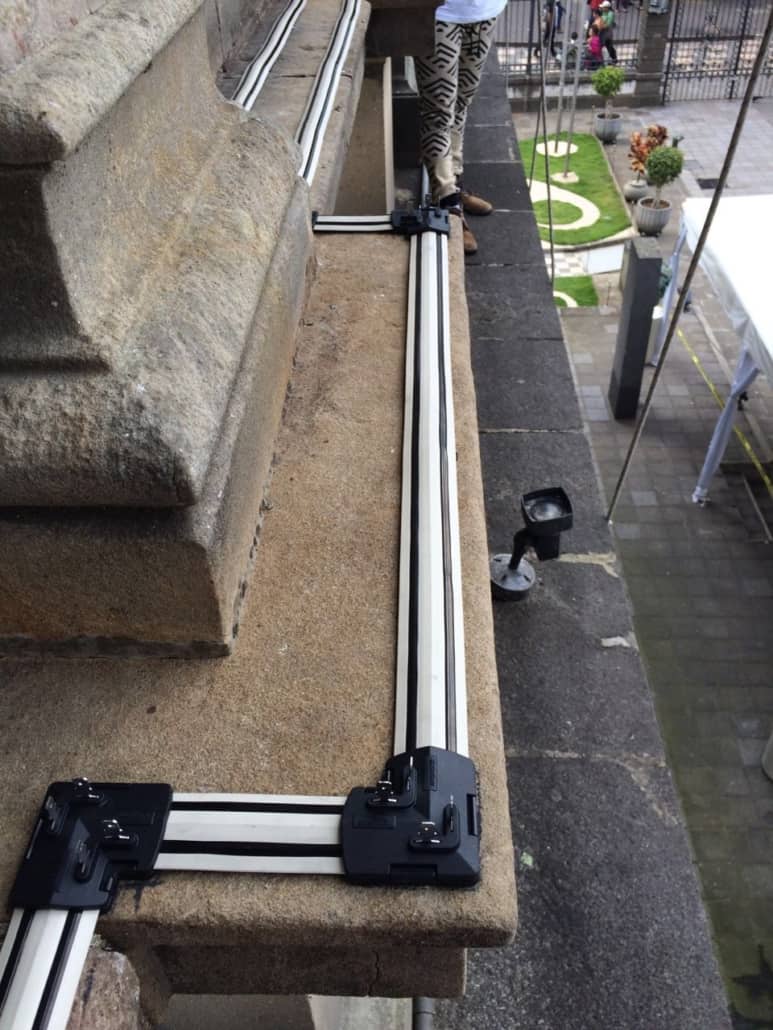 “Pigeons continued to cause damage to the theater, because [people] feed them for fun,” said Muñoz. “Pigeons roost and sleep in the buildings around the [area], causing damage [to] the theatre. Because of its architecture, pigeons [can] live and nest [there].”

Because of the easy and inviting nesting area available, many birds have called the theatre home much to the chagrin of the theatre’s facility maintenance staff. When Fuera Aves PRO stepped in, choosing Bird-X products to solve pest problems was an easy decision, as the two companies have had an ongoing partnership over the past decade.

“During these years, we have tried several Bird-X products [in different] markets, and on many occasions have had excellent results,” stated Muñoz. “Since the Avishock™ is a different, clean, ecological, aesthetic system [with a] long life and high efficiency, we decided to offer it to the theatre, which [they] accepted.”

Fuera Aves PRO provided a full range of services for the National Theatre of Costa Rica as part of its pest control efforts. This included getting rid of existing bird nests, cleaning the area, washing the building, and of course, installing the Avishock™ system.

“When performing installation work, we had to [really] work [during] pre-cleaning, using specialized height workers. In the following days, workers had to clean areas where they were installing the [Avishock™] tracks, because the pigeons slept on them, littering [the area] all over again,” Muñoz mentioned.

Muñoz went on to discuss the success he’s seen at the theatre, just weeks after the Avishock™ installation, and said the theatre’s results have been very good. He anticipates only continued victory as long as the theatre manages the system per Bird-X’s preventative maintenance instructions.

“The birds try to land on the surface, but the system repels [them] quickly,” Muñoz said.

A History Lesson on National Theatre of Costa Rica

In October, the National Theatre of Costa Rica will turn 119 years old. It was officially declared one of the country’s national monuments in 1965 due to its architectural beauty and heritage.

During the colonial era in Costa Rica, it was used as a method to evangelize the natives. Later, with the production of coffee beans, Costa Rica experienced an economic boom. And with the advent of independence, Costa Rica began to export coffee. Coffee became extremely important to Costa Rica economically because it helped establish direct contact with Europe.

The building’s architecture was thought to have been inspired by the German neoclassicism of the nineteenth century, and also presents an eclectic aesthetic common in Europe and Latin America at the time. The use of modern metal structures was and the raised floors of the stalls was commonly a characteristic in only the most sophisticated theatres in Europe. However, the columns, windows and balconies portray more influence from Italian Renaissance palaces.

The theater was officially inaugurated in 1897. It was the first building documented as having electricity in the country. Today, after more than a century, the theatre is still marveling both Costa Rican citizens as well as visitors from across the globe.