According to the CDC, the presence of waterfowl (especially ducks and geese) increases the risk of exposure to the Avian Flu virus. Not only is this virus lethal to domestic birds, but it can also cause severe illness if spread to humans. In the fight against the spread of Avian Influenza, scientists at Wageningen University & Research conducted a study to determine the efficacy of laser bird repellents on a free-range poultry farm.

How Effective Are Laser Deterrents?

According to the study, when a laser deterrent was used it was 99.7% effective at preventing the waterfowl from the observed range. The laser was also highly effective at deterring other species of birds with a 96% prevention rate. Armin Elbers, epidemiologist and project leader of the study, noted, “When the laser was not in use in the study area, many wild geese visited the surrounding grass pastures during the day. When the laser was being used in the surrounding pastures, the pastures were ‘swept clean’ during the day, and geese were no longer present in the laser-beamed area.”

What’s the Risk of Bird Flu?

The bird flu virus can survive for up to 18 hours in warmer temperatures and up to two months in cooler temperatures. The longevity of the virus makes it a risk for poultry farms that share a water source or grazing area with wild waterfowl. The virus has been known to be devastating to poultry farms, resulting in the culling of thousands of domestic birds when exposed.

The research at Wageningen University & Research demonstrated that the implementation of a laser at high-risk areas would greatly reduce the probability of exposure and prevent potentially devastating losses.

The laser used in this study was an agricultural laser produced by Bird Control Group. Bird-X lasers are similarly effective but more economical when compared to the laser used by WUR. Bird-X lasers are trusted around the world to keep poultry farms and other agricultural settings bird-free. Our lasers are easy to install, environmentally safe, silent and humane. Contact the friendly and knowledgeable team at Bird-X to learn more about laser bird deterrents.

Watch Our Laser In Action 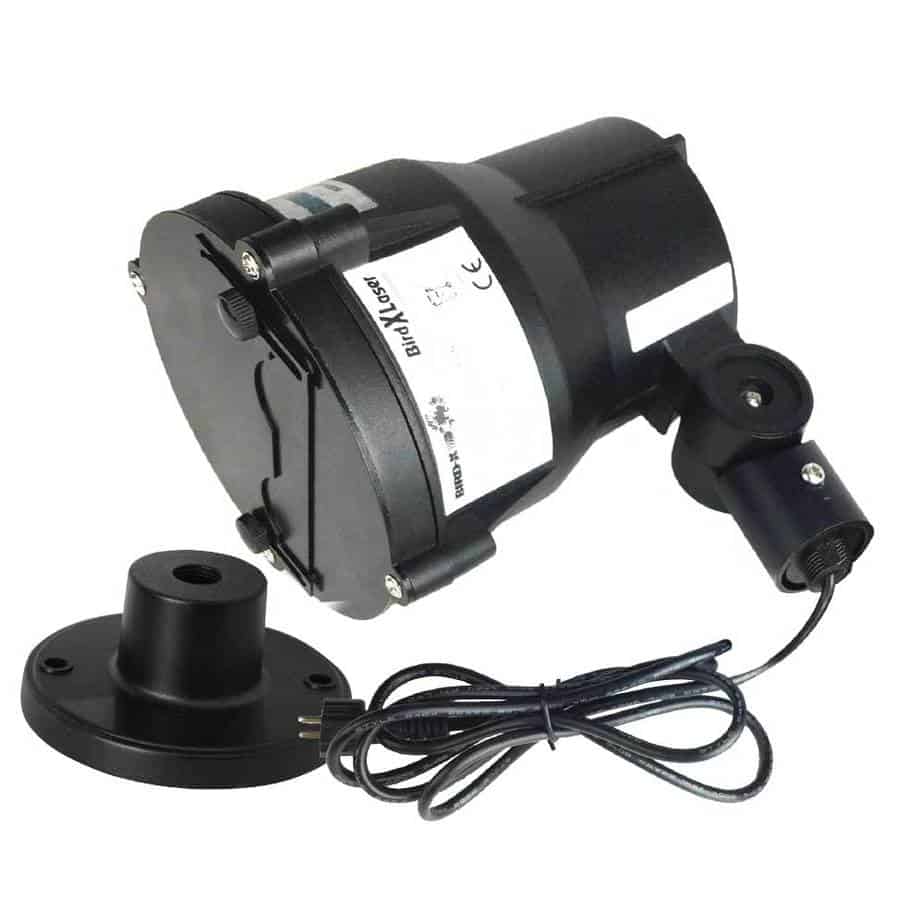