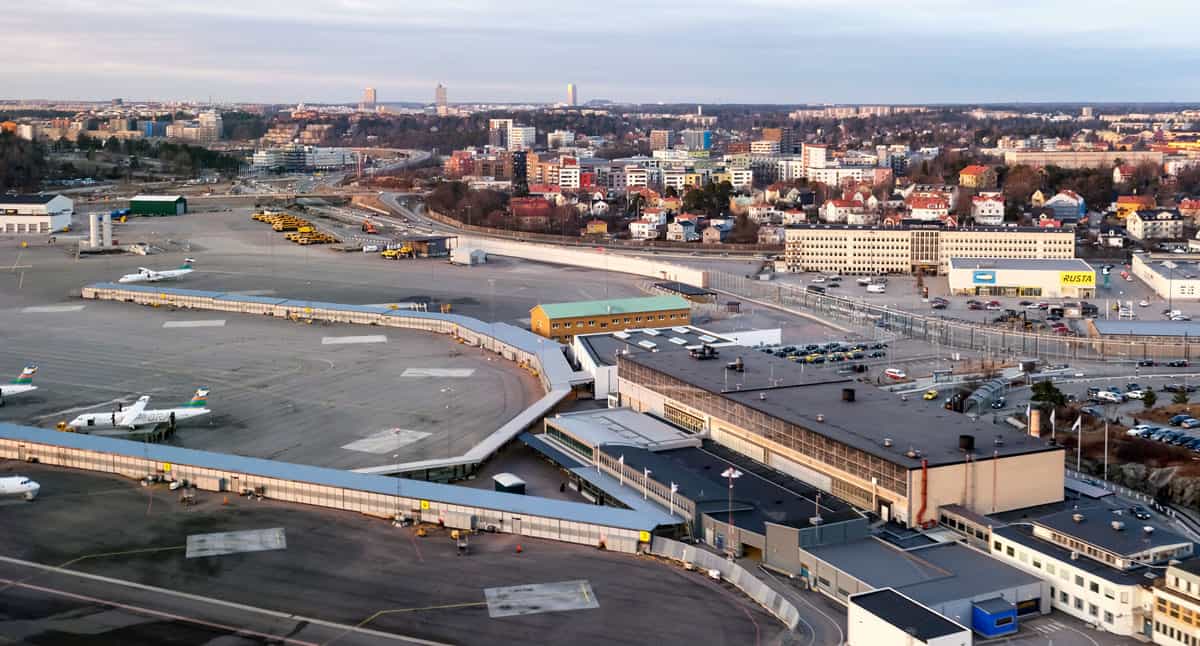 In the year 2012, the bird control company Birdblock — based in Lidingö, Sweden — began working with the Stockholm-Bromma Airport to deal with pest bird infestation. The airport authorities were concerned about the constant disturbances (and dangerous interference) caused by pest seagulls and blackbirds in the airfield.

The Products and Solution

The Birdblock team helped the airport install five Bird-X Mega Blaster PROs on the property to successfully repel the birds from the area.

The Mega Blaster PRO is a powerful sonic bird control device that broadcasts bird distress calls to create a “danger zone” that frightens pest birds and conditions them to avoid the area for good.  It consists of a 20-speaker tower with two high-output amplifiers to repel birds up to 30 acres (12 hectares).

The Stockholm-Bromma Airport began testing the units in May and started using it regularly in June of 2012. Johan Bolin of Birdblock reports that Swedish airport authorities are “very happy with the results” of the Bird-X Mega Blaster PRO. In fact, they have since purchased an additional five units for Umeå Airport, and have seen great success.

To find out more about airport bird control and other Bird-X products that work in aviation applications, visit our Airport Control System page. 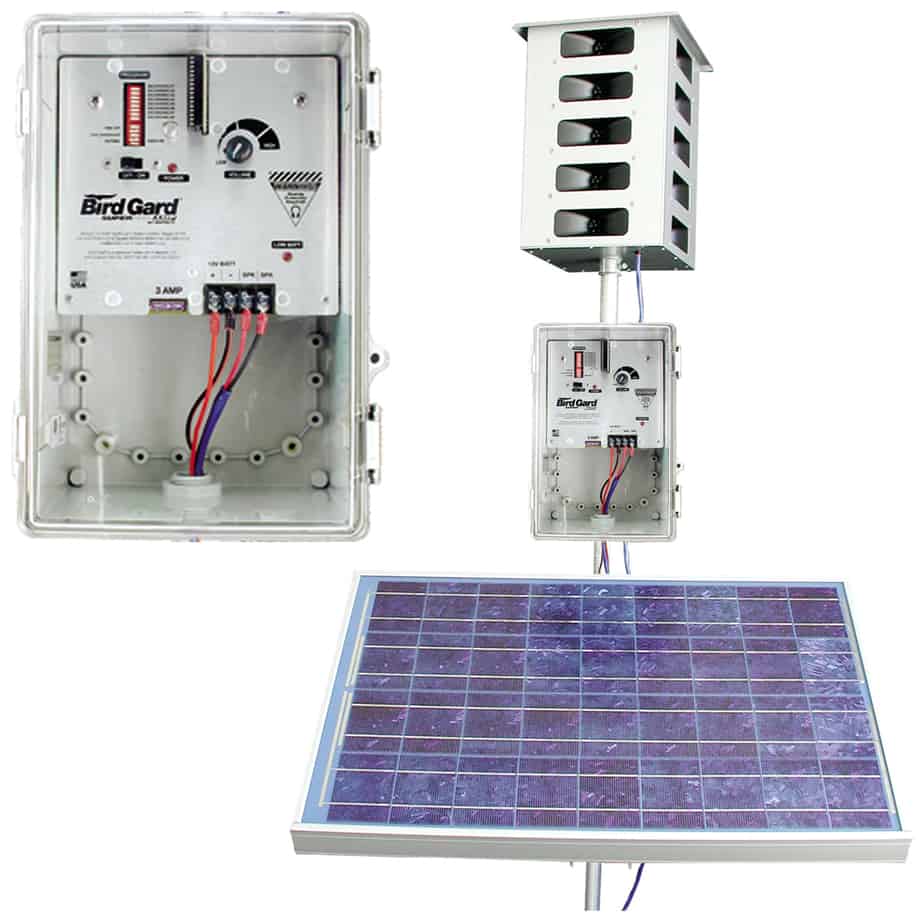