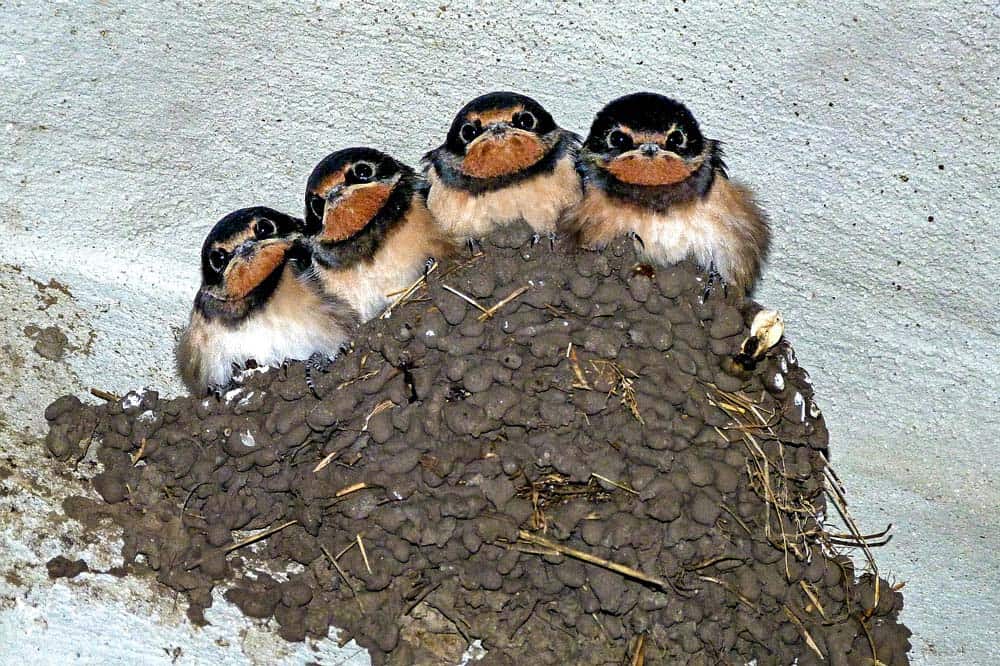 The Problems of Barn Swallows

When you think of troublesome pests, you probably picture rodents, bugs, and a variety of different, pesky birds. But in the past few years, one pest has succeeded in becoming a concern for both pest control companies and conservationists: barn swallows.

Why Are Swallows Such a Big Problem?

Swallows, also called barn swallows, are tiny birds that can be found in nearly every area of the world, only excluding Antarctica. Each bird can build a nest in as little as 24 hours, causing huge issues for homeowners trying to deter them – especially if there is an infestation of multiple birds, which is usually the case. Although swallows eat massive quantities of pesky insects, they tend to become the larger pests by building their mud nests on manmade structures. Swallows can damage property and their droppings cause sanitation and health concerns, requiring expensive and time-consuming clean-up and repair.

Swallows are protected under Federal Law, which means nests may not be removed once eggs are laid inside until the chicks have hatched. Prevention of swallows is legal but is very challenging.

The Disappearance of Swallows

This brings us to our next issue: the strange disappearance of swallows. Swallows used to be even more common than they are now, but bird watchers and conservationists have noticed them suffering the greatest decline in population of any bird group in North America.

Ph.D. student Tara Imlay and master’s student Sarah Saldanha (DAL) have been hard at work to solve two mysteries: why is this population decline happening, and how can we help prevent it from continuing?

“This decline is especially concerning because this type of bird used to be so widespread and abundant and the decline of a common, widespread species hints at a broad scale cause,” says Saldanha. “Although this decline may be attributed to changes in North American ecosystems, it may also be attributed to changes in the birds’ wintering grounds.”

The two students are spending their summer at a bustling research center near Sackville, N.B., run by both Arcadia University and Ducks Unlimited. Imlay and Saldanha are both focused on figuring out what is causing the decline in numbers for the Barn, Bank, Tree, and Cliff Swallow populations in the Maritimes.

Before we dive into their actions and research, we must first know the two leading theories related to the Swallow population decline. The first theory explains that the decline is correlated to the decline in insect abundance or even bad timing of when insect abundance is highest and when swallows are breeding. The second theory is related to the fact that the biggest drop in numbers has been in the species that travel long distances to Central and South America during the migratory season in winter. What this theory is suggesting is that the conditions at wintering locations or during migration could be negatively impacting these swallows.

How are these two ambitious students examining these theories during their studious summer? The first theory (one that suggests a connection between the numbers of insects available to the birds and when they are available) is being put to the test through their careful tracking of a number of factors in the swallows’ summer routines. These factors include including variable insect populations, the date the first eggs are laid and when the eggs hatch, as well as the number of eggs laid, the number of eggs that hatch, and chick survival rates. This information gathered will show them if insect abundance is constricting population growth.

“This is the first time automated telemetry on is being used on the local scale,” explains Saldanha. “With this technology, I am getting a much better understanding of how the birds are traveling and using the habitat in their daily lives.”

In order to test the second theory mentioned (the wintering ground theory), the team is using numerous methods. One of these methods includes using lightweight nets intended to collect feather samples from adult birds, allowing the students to determine where the birds spend the winter and their stress levels during that period. This collection of information will allow them to determine whether wintering ground conditions are also causing the population decline.

With all of these possible threats adding to the disappearance of swallows, why contribute to it by using inhumane methods to get rid of these creatures? Here at Bird-X, we offer a wide variety of products developed to deter swallows from ruining buildings and nesting in areas they don’t belong.

There are a couple of steps in getting rid of swallows humanely and safely:

First, you must fully remove any empty nests and thoroughly clean up droppings and feathers. We recommend using a microbial bird dropping cleaning solution and adding a coat of fresh paint over surfaces that have been cleaned. Swallows are habitual, so it is incredibly important to remove nests from these areas so they cannot be reused in the future.

Second, you get to choose how to combat these pesky birds, using any combination of our products to suit your given situation.

Bird Netting remains the only option that will work in 100% of its applications against swallows. The netting provides a physical barrier that will block off areas you do not want the birds invading, including rafters, building sides, and other openings a family of swallows might build their mud nests.

If you do not want netting, Bird Proof Gel Cups are an effective way to keep barn swallows away. Following the nest removal and cleaning of the area, simply glue these cups into place where the nests used to be. Gel Cups create an optical illusion of fire that only birds have the ability to see, thus making the area feel dangerous. On top of that, swallows also do not like the smell of the cups, so they will steer clear of nesting in that area.

There are some very effective ultrasonic units that we carry, including the Ultrason X and the QuadBlaster QB-4. It is important to note that sonic devices (audible sounds including recorded predator calls and distress cries) have little effect on barn swallows because they feel secure in the manmade structures they have decided to call home. Ultrasonic devices, unlike sonic devices, rely on irritating, inaudible frequencies rather than frightening noises, and therefore can be much more effective in the prevention of swallows.

Taste aversion repellents can also be very effective, as birds (like any other animal) hate anything that makes their food taste bad.

Finally, if the swallows are frequenting a dimly lit area or if the birds visit and build nests mostly at night, you could try the Bird-X Laser deterrent, a product that uses alternating laser beams to frighten off troublesome birds.

With all of these effective options, humans can definitely help combat the unnecessary population decline in swallows, even if the birds are causing some problems on properties. Here at Bird-X, there are always safe, humane, eco-friendly ways to help deter animals and keep them out of areas they don’t belong. 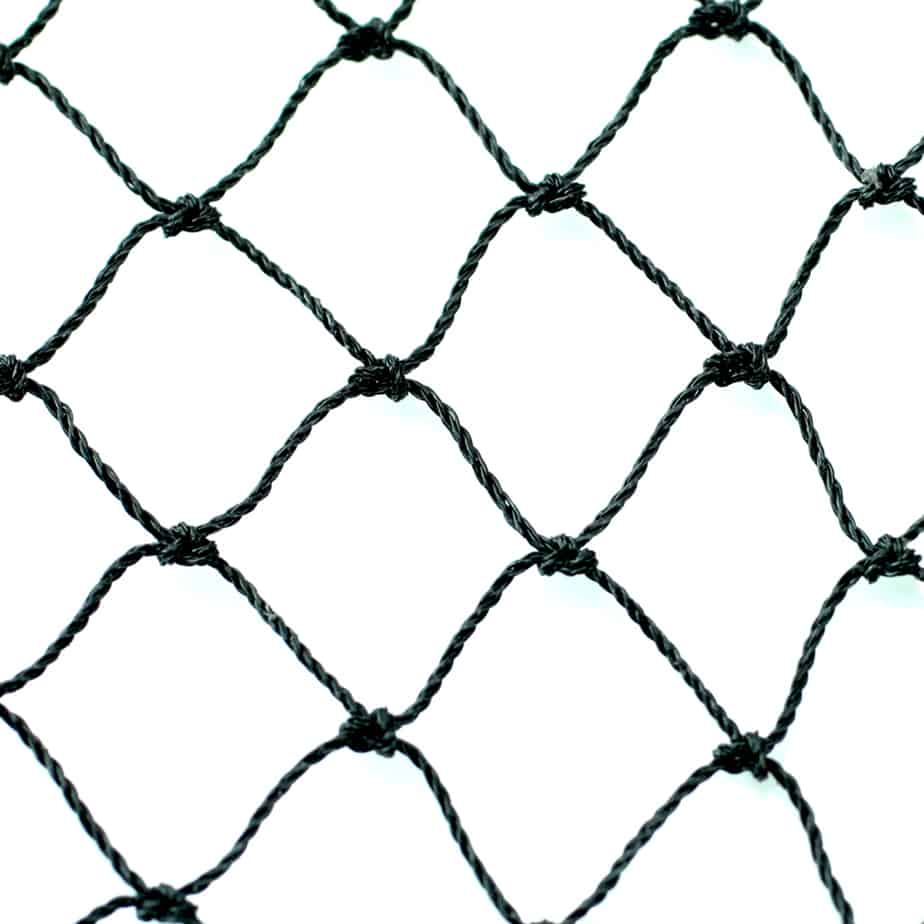 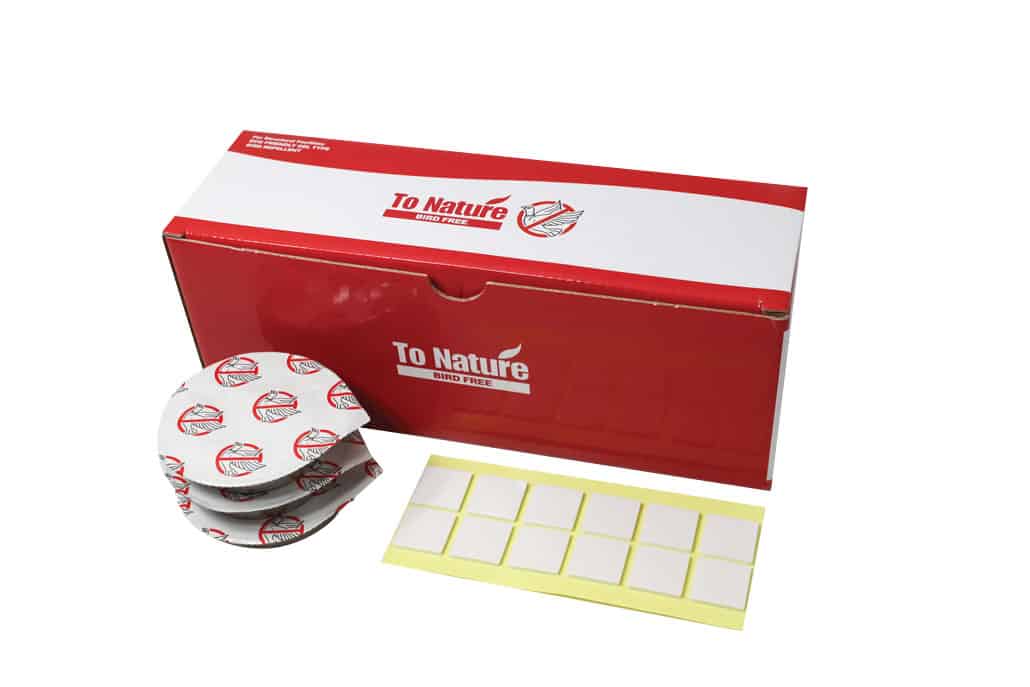 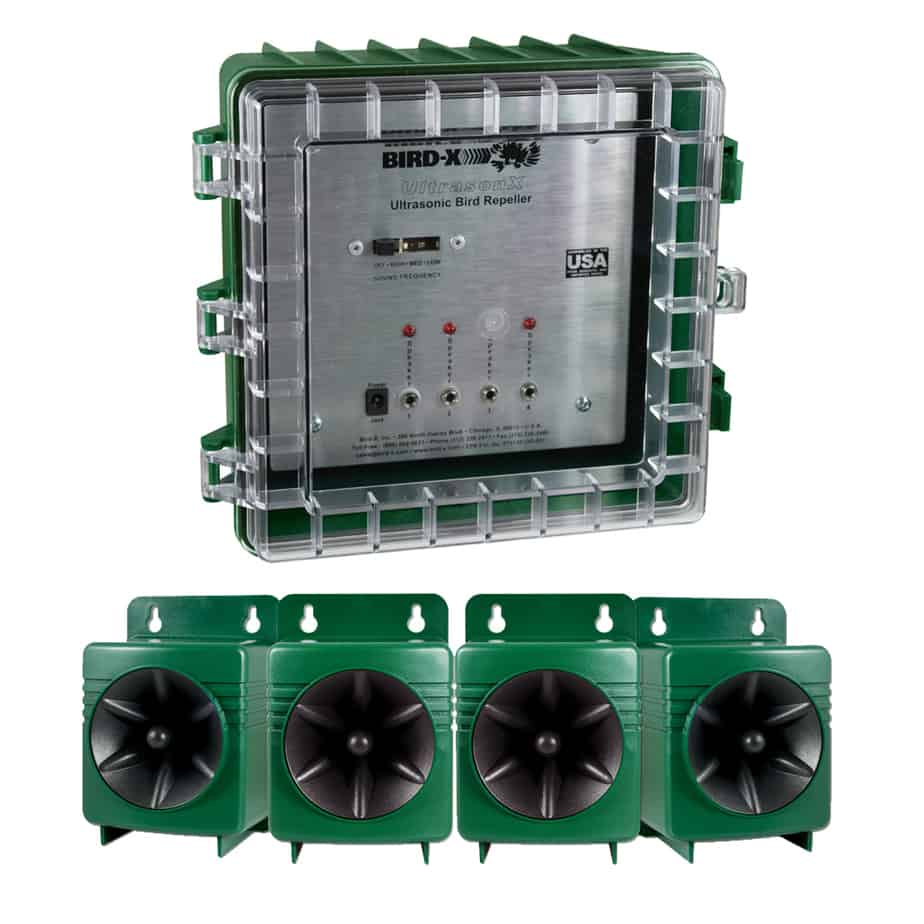 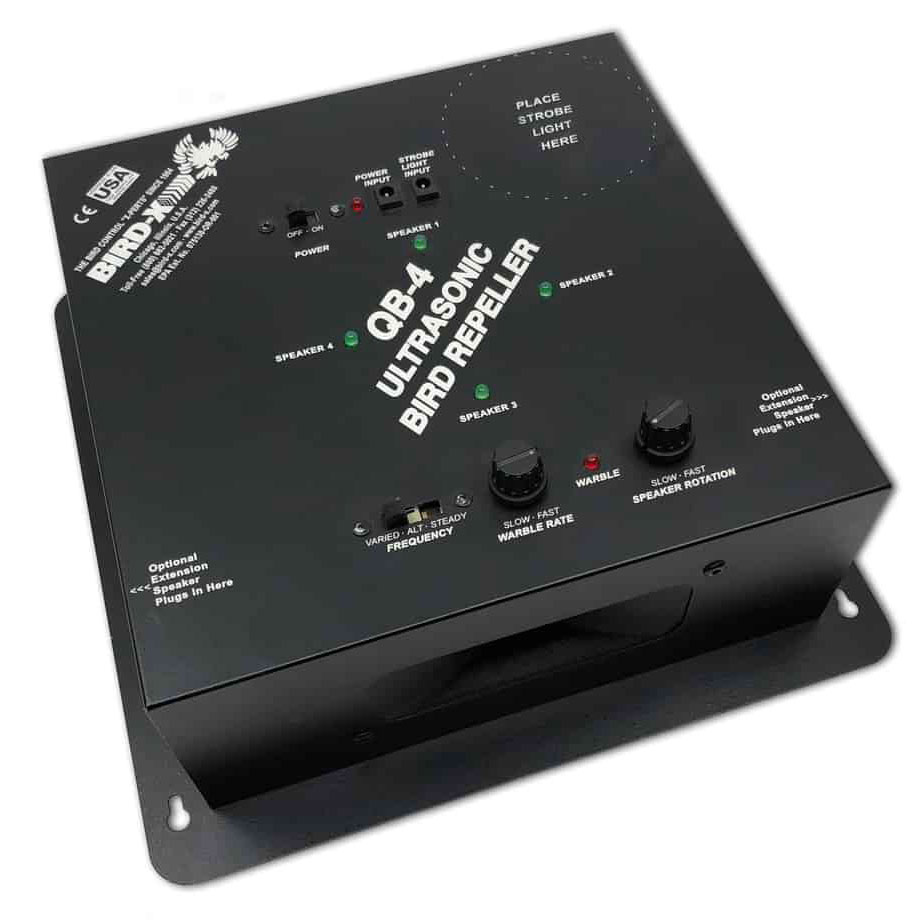 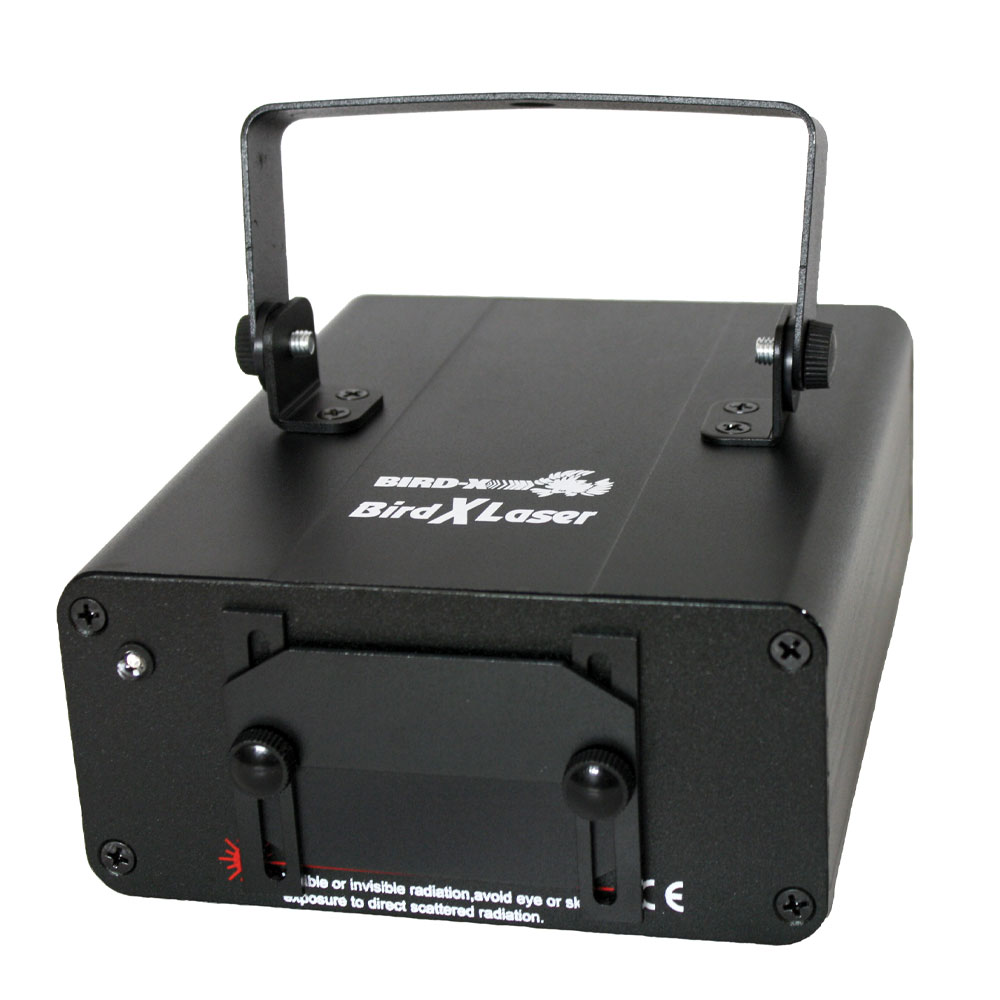 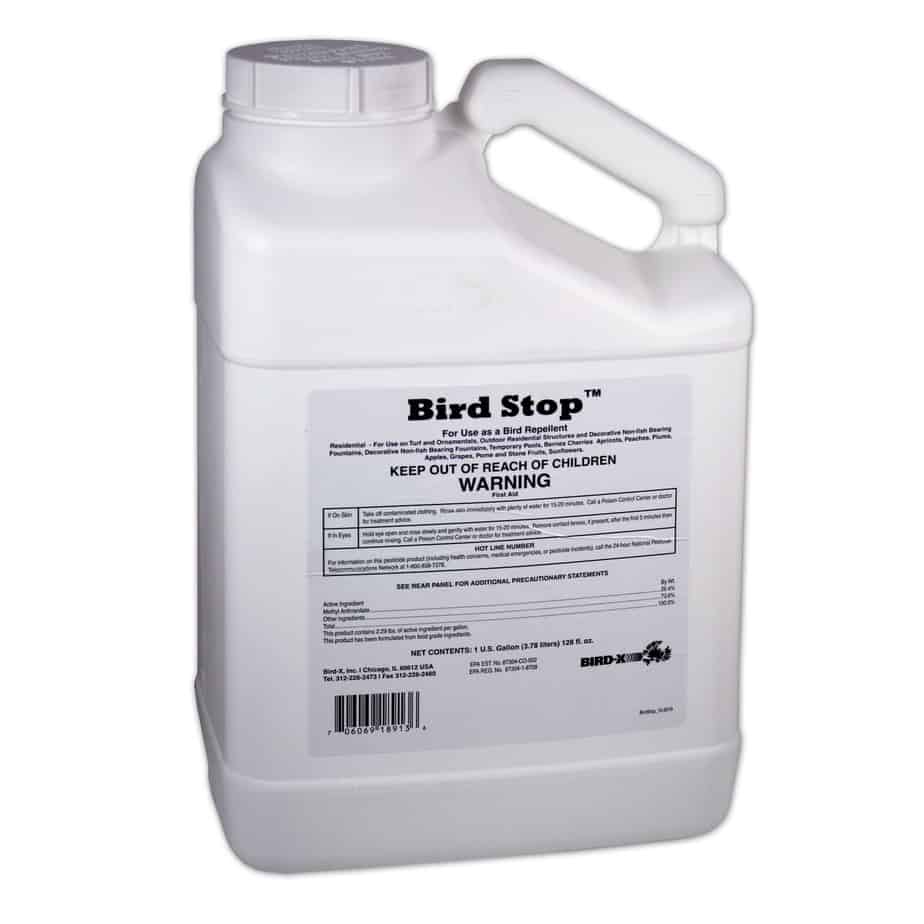 Curbing the Costs of Common Pests: How to use SOUND to Humanely Rid Your Home...

Spiders: The Creepy Crawlers We Need
Scroll to top