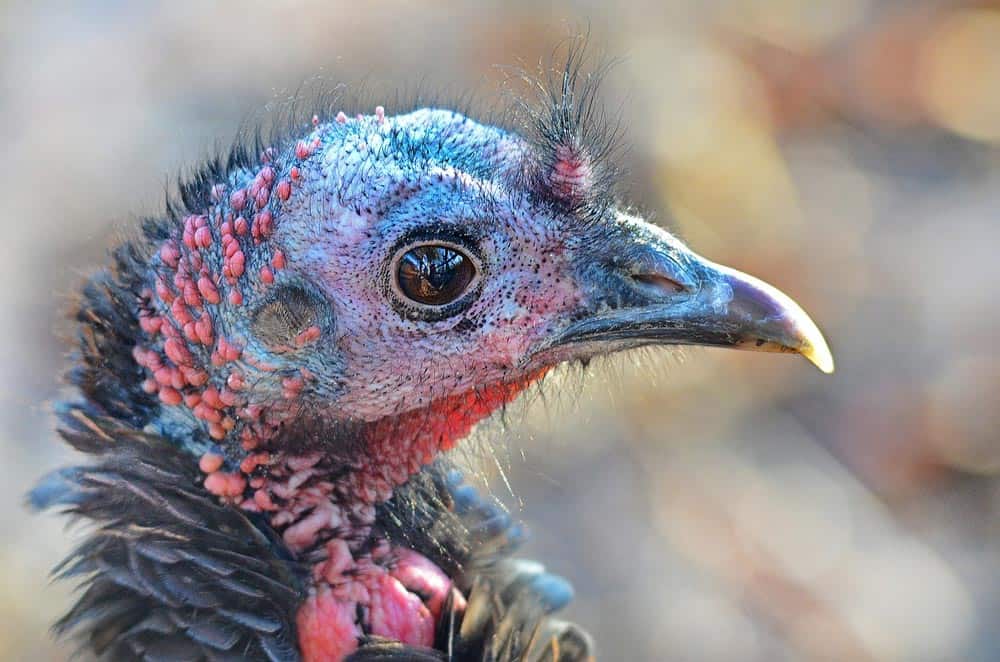 Let’s take a step back from discussing how to remove birds and pests from properties with Bird-X products, and learn a little more about a bird that we should be a little more thankful for.

When we think of a turkey, usually the first image that comes to mind is serving it nicely on a platter, prepared with stuffing and cranberry sauce.  What many may not know about the bird we feast on is their place in United States history – and even their consideration and placement in early American government symbolism!

When the bald eagle was chosen as the official emblem of the United States of America in 1782, many people believed it was because of its great force and majestic beauty.  Others viewed it as a representation of freedom and expansion, with its boundless spirit and unlimited freedom on the mountain tops of America.  However, not everyone saw this bird in the same light, including one important individual in Congress.

Benjamin Franklin had formed a strong opinion about the bald eagle, and believed we shouldn’t have a bully of a bird who stole from other hard-working animals representing our country!

Franklin saw the wild turkey as a more respectable and courageous bird and a true Native Bird of America. While he never publicized this view, in 1784 (sparked by the Society of the Cincinnati Medal that looked more like a turkey than an eagle) he wrote a letter to his daughter expressing his admiration for the wild turkey and his distaste for the bald eagle.

Long before European settlers arrived to the New World and hunted wild turkeys (as early as 2000 B.C.), Native Americans, particularly Eastern tribes, valued turkeys for their eggs, meat, and feathers. In fact, they burned down entire forests to create artificial meadows which would attract the birds during mating season! Native American chiefs would wear cloaks and headdresses adorned with turkey feathers, and the wild turkey was considered central to many tribes’ way of life. (Bald eagles, on the other hand, were considered sacred birds in many Native American tribes – some tribes even considered eagles to be spiritual messengers between gods and humans!)

In the long run, the bald eagle was chosen by the fledgling Congress over the wild turkey, which remains our national emblem to this day. Its so-called “shrieking cry for freedom” and regal aesthetic will continue to represent the United States of America for the foreseeable future.

So this Thanksgiving, when you’re celebrating with family and friends, just remember the bird you all gather around served as a very important symbol to many early Americans, as well as Native Americans before them. Gobble Gobble!

Trivia #1: In the early 1900s, the wild turkey was hunted almost to extinction with a population of around 30,000 birds. However, with conservation efforts from wildlife organizations, paired with the turkey’s robust and stubborn personality, their population has bounced back – at around 5.5 million today – found in every state across the country! Bald eagles are found in remote locations across the continent and were removed from the endangered species list in 2007.

Trivia #2: Why don’t Americans eat turkey eggs?? Because they’re expensive and scarce! Chickens lay one egg nearly every day, while turkeys only lay about 2 per week. While turkey eggs were a staple food in early America, eaten by both Native Americans and by settlers, recent agricultural practices have taken them off the shelves. Turkey eggs, much like duck and goose eggs, are also higher in calories and fat.

Trivia #3: In England, the traditional Christmas dinner centerpiece is also the domesticated turkey – first shipped to Europe from Mexico by Spanish invaders as early as 1573.

Read More From the Blog